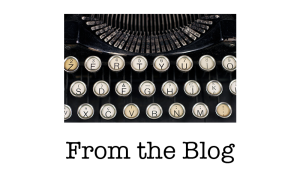 Back in 2011 I was part of a small group mastermind.

There was 5 of us that go together to talk strategy and help each other along the way.

When they ask if I’d join, I was a bit hesitant.

I was skeered as hell.

And hated talking to people.

After a few conversations, I agreed to join.

So, here’s the way it worked out…

One guy was into webinars, another paid traffic, another into doing Joint Venture deals, and couple of real estate guys.

Apparently I was speaking in a different language because they looked at me like I had a 3rd eyeball.

And no I’m not talking about my Alabama-nese accent.

It’s about what I was doing in terms of SEO.

They couldn’t believe it.

After one of our first meetups, I had one of the guys hit me up and said…

“Why the hell aren’t you teaching this stuff?”

Up until that point, I hadn’t really thought much about teaching anything.

I was just doin’ my thing in the affiliate space.

I finally decided to release my first product in the marketing world.

But what happened next blew me away.

I didn’t know what I was getting into.

After all, if you’ve never experienced something first hand, it’s pretty tough to know what to expect.

It was like openin’ the door to a completely different universe.

One that I could spend an hour or two a day…

I remember one day in particular…

I’d worked a little that morning…

And headed to town with the missus.

While I was at lunch, I started getting all of these commission notifications.

That’s when the light bulb went off.

I began creating a strategy to making this a daily routine and an integral part of my business.

For launching my own stuff as well as promoting affiliate products.

The goal is to build 5 figure campaigns in 10 days with less than 10 hours of work.

Which boils down to about an hour a day.

It works if you’re selling your own products and services or if you’re an affiliate marketer.

And you can pull it off over and over again.

If you follow the process, it works 100% of the time and now you can copy and clone the exact process I’ve put together.

Even if you suck at writing and have no clue where to start.

The only requirement is that you have an email list even if it’s a small one with just a few hundred people.

I’ve set this up so you can go through the training program online at your own pace.

Simply click here to enroll in the Five 10 Formula.